Riky Rick, whose true name is Rikhado Muziwendlovu Makhado, died on Wednesday morning after committing suicide, and a source close to the family has given further facts about his demise.

The recording sensation had been suffering from severe depression for years before hanging himself in his music studio near his home in Waterfall Estate, north of Joburg, on Wednesday morning.
His wife and management discovered the father of two in the studio.

Bianca went away, and when she returned home, she saw the garage door open and his car doors wide open, according to a police officer who wishes to remain anonymous.

“She went about and when she couldn’t find him, she notified his management team, who rushed to his studio, which isn’t far from the house.” They discovered him dead when they arrived. They decided to transport him to the hospital in the hopes of a miracle, but when they arrived, the medical team that checked him proclaimed him dead,” the officer explained.

Riky was said to have committed suicide while his marriage was on the verge of dissolution.

Bianca is said to have declined to talk to the police because she is mourning, but an investigation has begun, and Gauteng police spokeswoman Mavela Masondo has refused to comment on the rapper’s suicide notes for his wife and children.

Riky Rick was a rapper, songwriter, singer, composer, actor, businessman, and fashion designer from South Africa. Rikhado Muziwendlovu Makhado was his true name, and he was born on July 20, 1987. Makhado was the sole proprietor of Cotton Club Records, which he started.

He was also a part of Boyz N Bucks. 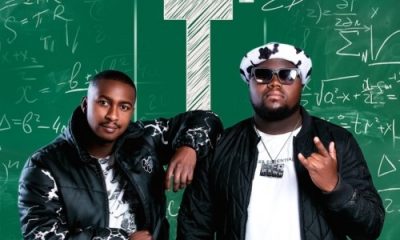